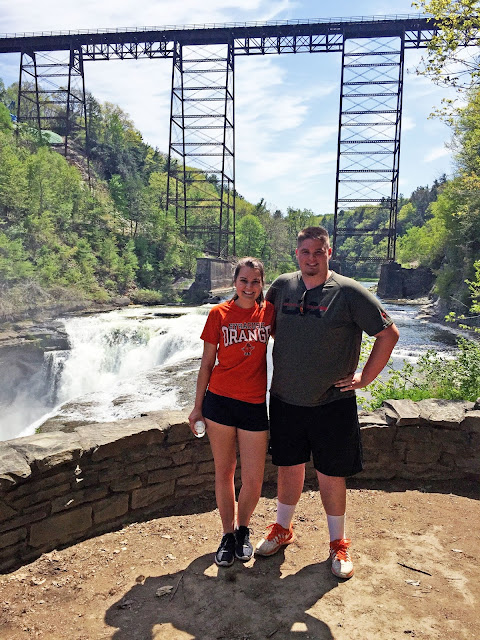 My boyfriend and I recently took a day trip to Letchworth State Park in Upstate New York. Characterized by its expansive cliffs, Letchworth is often called the "Grand Canyon of the East" because of its beautiful scenery.

The Genesse River runs through the park, and three waterfalls cascade between the gorges. About 66 miles of hiking trails stretch throughout the 14,000 acres of land. People also visit Letchworth to bike, fish, hunt, and ride snowmobiles in the winter.

The three hours that Jake and I spent in the park wasn't nearly enough time to see everything, but I still managed to take some beautiful pictures. Here are my favorites: 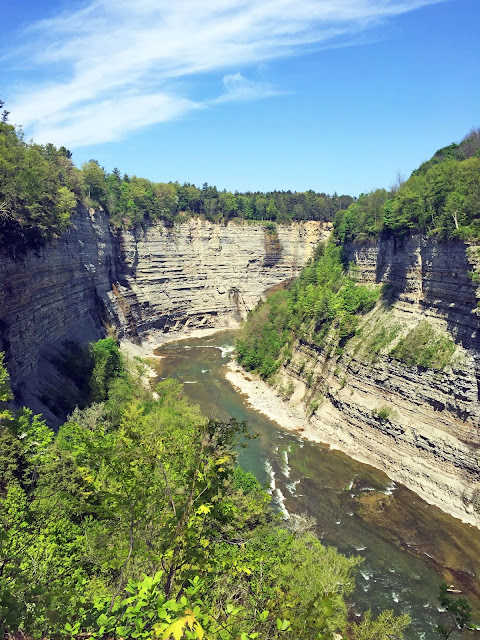 Some of  the cliffs reach heights of 600 feet 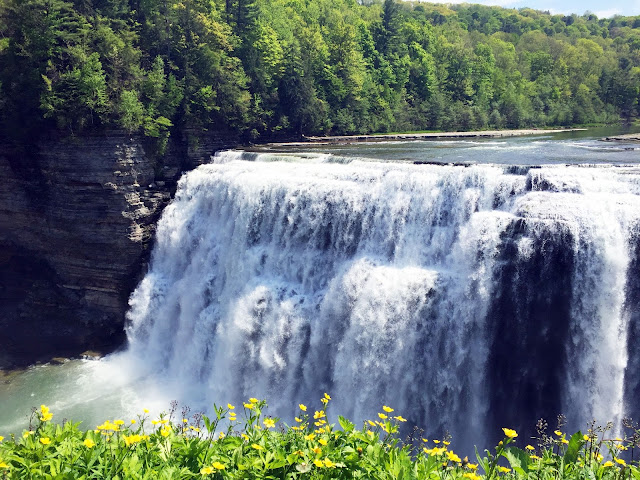 Middle Falls is the largest of the three waterfalls in Letchworth 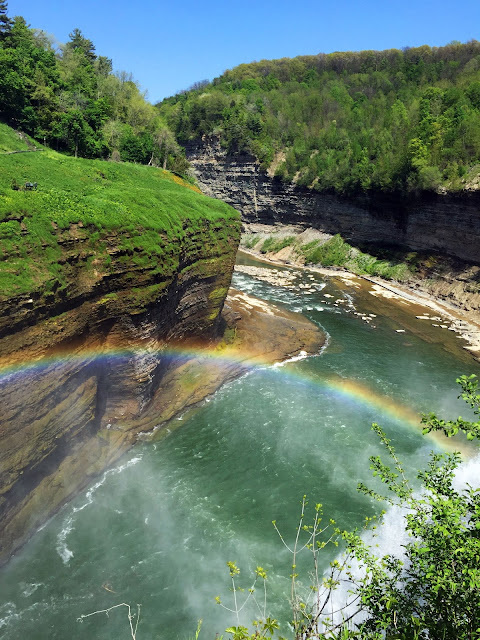 We discovered a full rainbow over the river 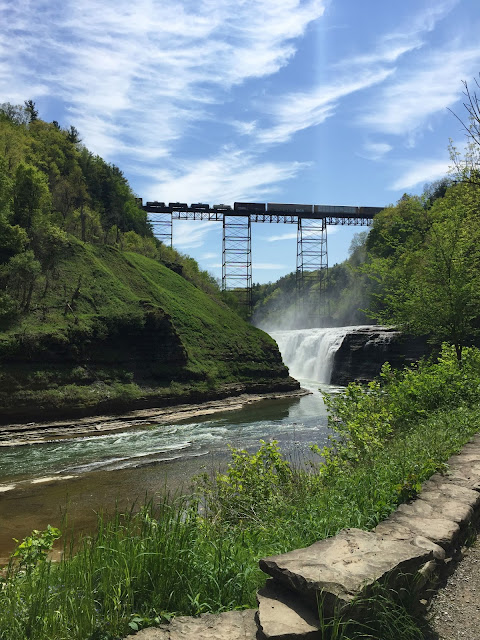 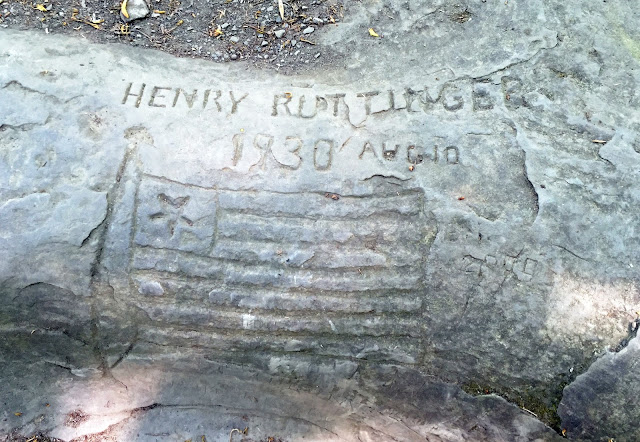 This carving, which we found on stone steps, was etched in 1930 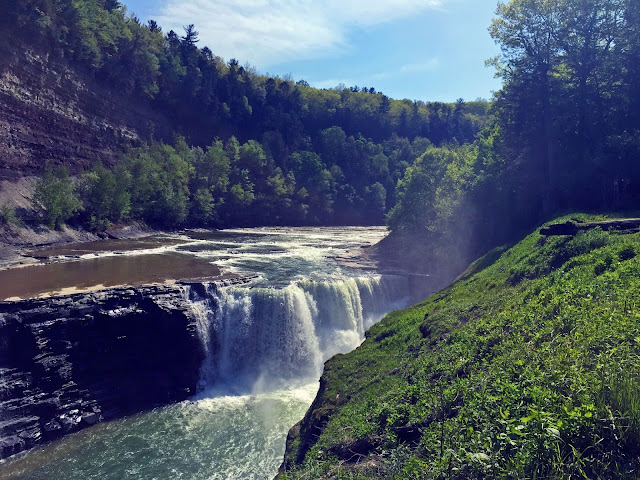 The Lower Falls were smaller, but accompanied by a scenic gorge background 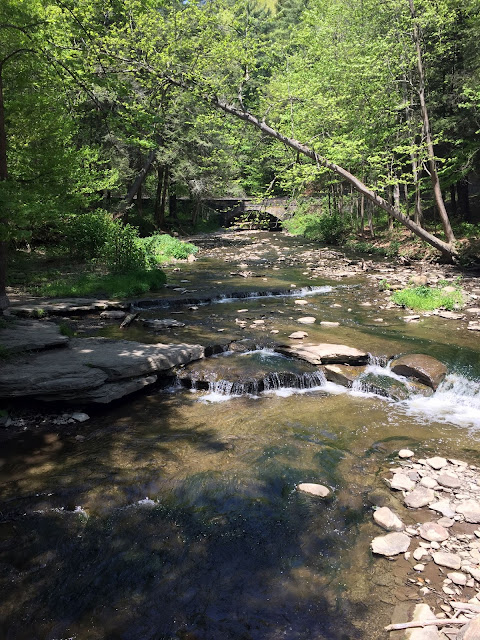 Water trickles over stones and rocks
Posted by Unknown at 8:05 PM 1 comment:
Email ThisBlogThis!Share to TwitterShare to FacebookShare to Pinterest 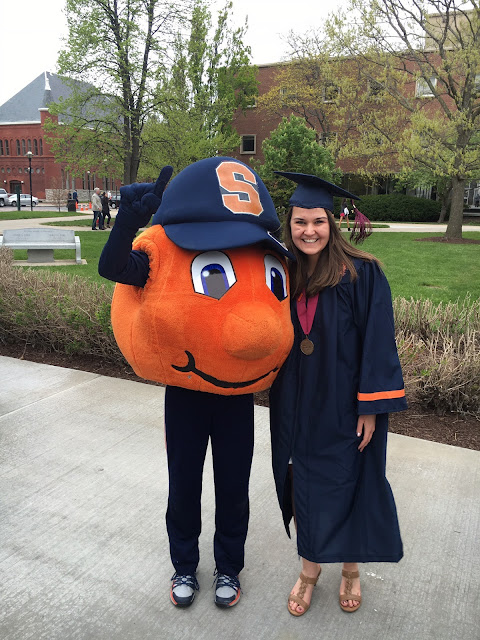 Since my last Life Update post in February, I've been knee-deep in the job hunt with plans to move to New York City. My brother got accepted into a university in Florida, and he starts summer semester classes next week. My sister decided to relocate to the West Coast, my parents are swapping my childhood home in Ohio for a beach house in Florida, and my boyfriend is pursuing his Master's degree. Pretty soon my family, who have lived in the Midwest our whole lives, will be scattered across the country.

Even though I'll miss my family like crazy, I'm ready to embrace the change in my life. In the words of Many Hale: "Change can be scary, but you know what's scarier? Allowing fear to stop you from growing, evolving, and progressing."

On that note, here's what I've been up to in the last few months:

I graduated from Syracuse University with a magazine journalism degree! 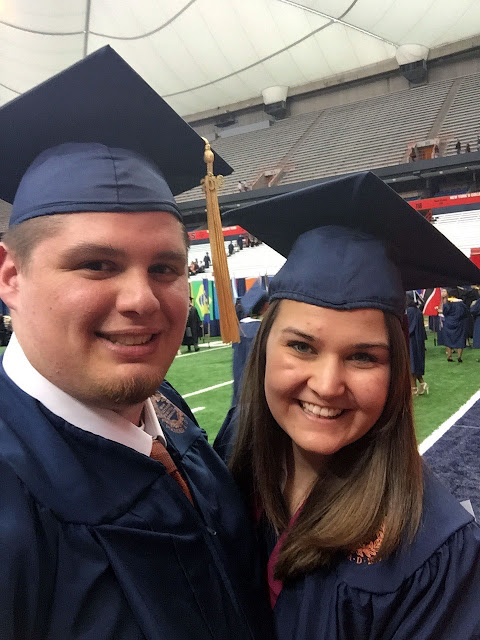 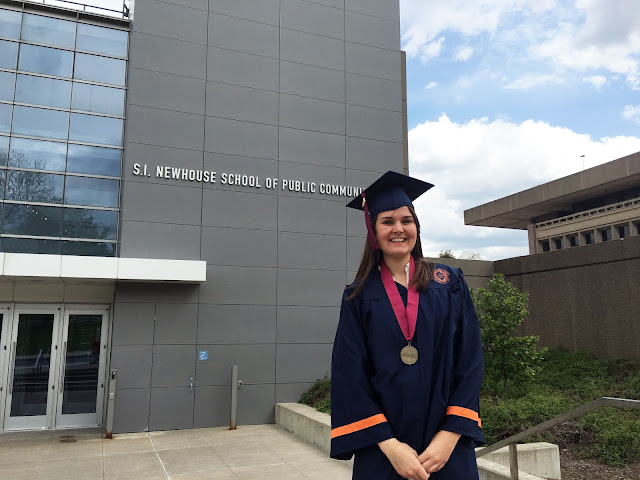 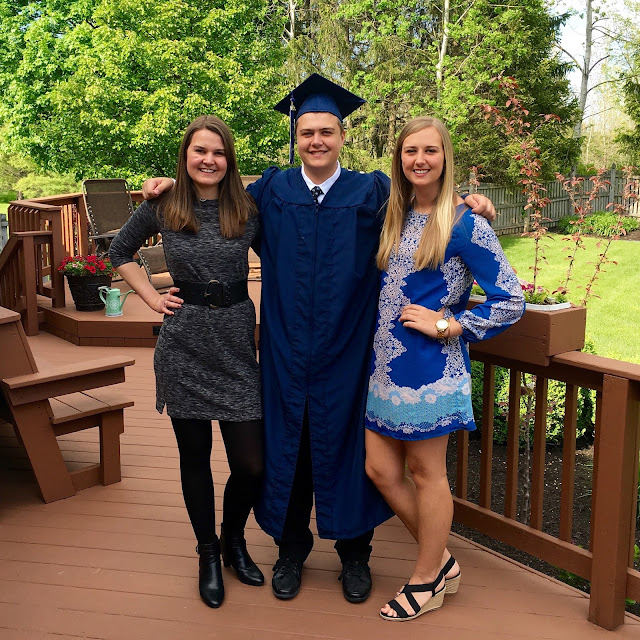 My sister and I took a day trip to Cedar Point, an amusement park in Sandusky, Ohio, where we suffered through many hour-long waits to ride some of the biggest roller coasters in the world. 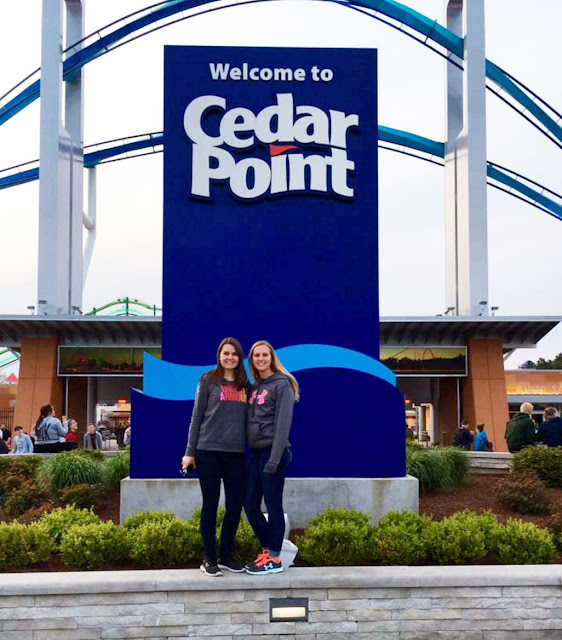 My boyfriend and I took a day trip to Letchworth State Park in Upstate New York. Expect a blog post soon! 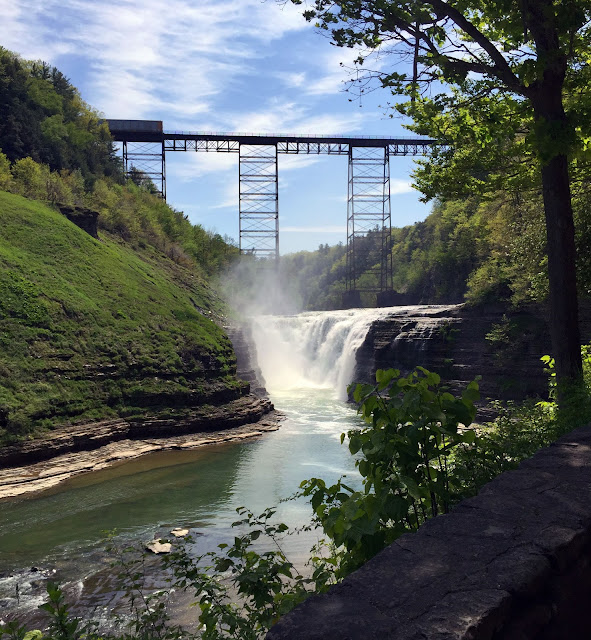 I learned that New York City is beautiful even in the rain. 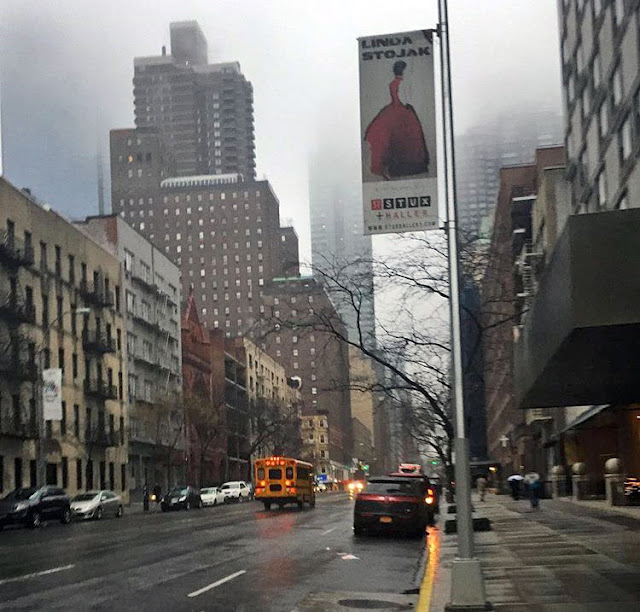 Posted by Unknown at 8:05 PM No comments:
Email ThisBlogThis!Share to TwitterShare to FacebookShare to Pinterest 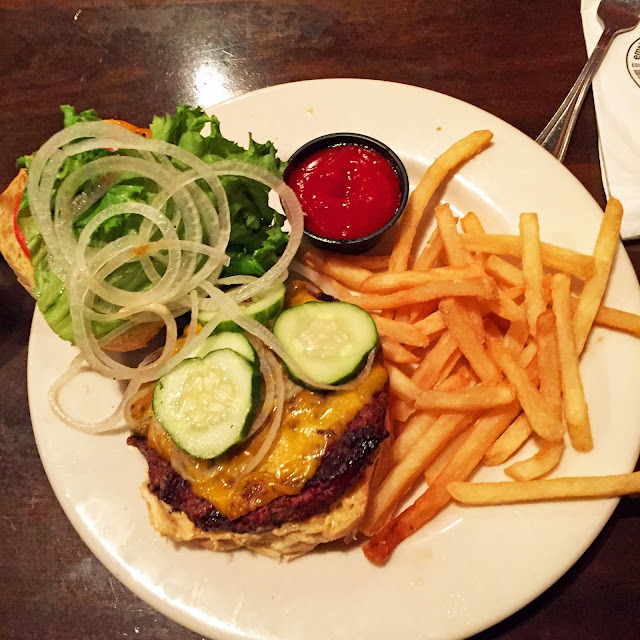 Sometimes life calls for a cold beer and a juicy burger.  Empire Brewing Company in Syracuse, NY, is the perfect place for both.

Nestled in the basement floor of a building in Armory Square, Empire Brewing Company serves snazzy bar food and homemade brews. The restaurant is insanely popular among Syracuse locals, and the wait time often stretches past one hour on the weekends (thanks to a no-reservations policy). Guy Fieri visited the place in an episode of Food Network's Diners, Drive-Ins, and Dives.

I've been to Empire Brewing Company on multiple occasions with friends and family. The interior looks industrial with brick walls and dim lighting. As soon as you walk in the door, you're greeted by a huge bar that offers several locally brewed craft beers. I've tried several types while waiting to be seated. Some, like the Cream Ale and Empire State Pale Ale, are absolutely delicious. I'm not a big fans of the overly hoppy options, like the Lost Dog Pale Ale, but to each his own. 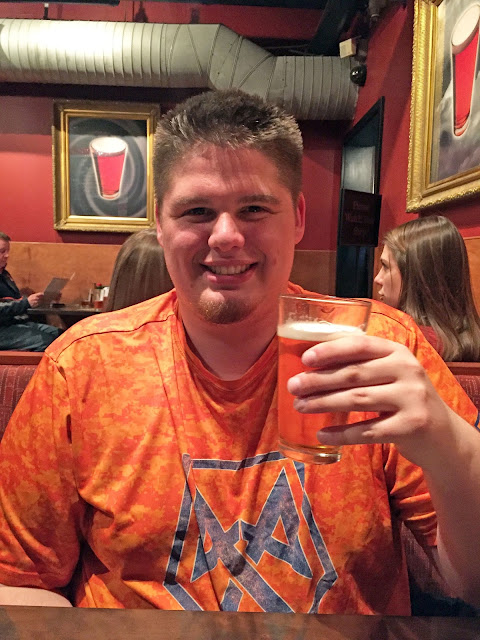 The food at Empire Brewing Company never disappoints. Most people order one of the many burgers listed on the menu, which have gained lots of hype in the Syracuse community. The burgers always come perfectly cooked and insanely juicy.

Here are other items that my friends and family have tried at Empire Brewing Company:

Sweet Fire: andouille sausage marinated with brown sugar and molasses, with a side of spicy mustard. Guy Fieri recommended this dish on his show. I wasn't sure if I'd like the mix of spicy sausage and brown sugar, but the flavors meshed together perfectly. I could've eaten this entire appetizer myself! 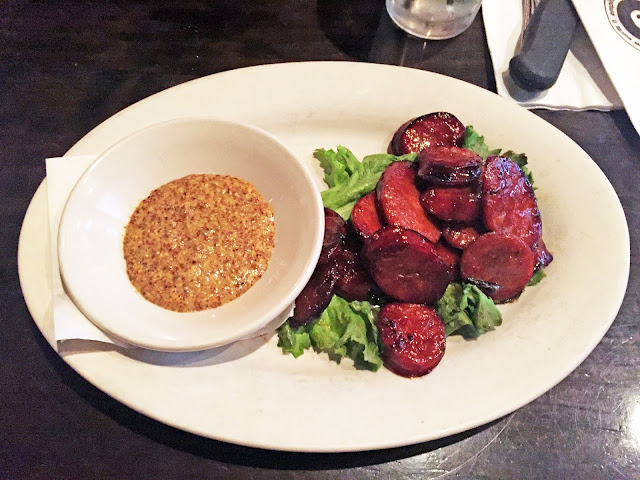 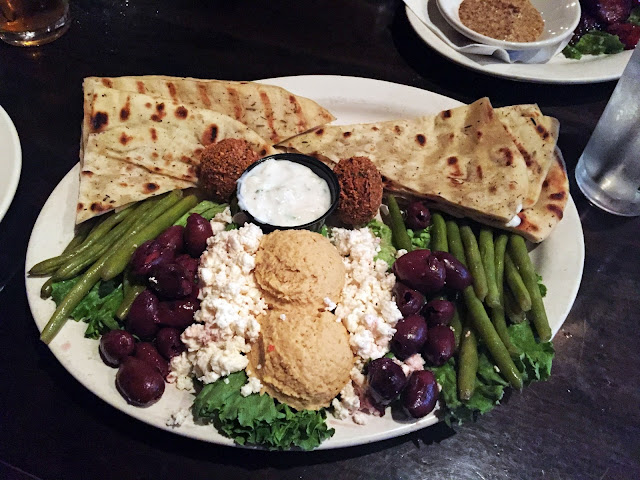 Dixie Cheese Steak Po'Boy: a cheesesteak sandwich with onions, peppers, mushrooms, and chipotle mayo. Although the steak was a bit fatty for my taste, the meal was full of flavor. 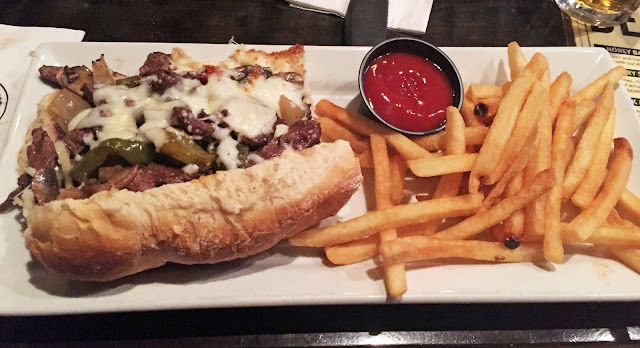 Beer Battered Haddock: My boyfriend ordered this fried fish meal, which was coated in a tasty, crunchy batter. I would order this myself in the future! 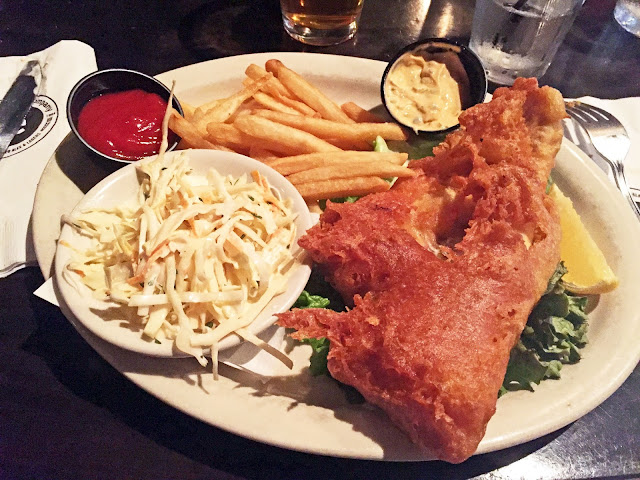 Feta Chicken Flatbread: When my dad ordered the flatbread, he thought it would be more like a pizza than a wrap. He still enjoyed the meal though. 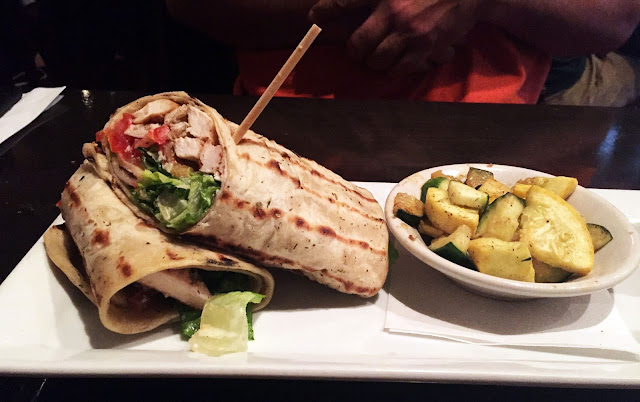 The prices at Empire Brewing Company are reasonable, considering that the restaurant is trendy and the ingredients are high-quality. As long as you're willing to wait an hour or more for a table, I highly recommend Empire Brewing Company for its craft beers and upscale bar food!
Posted by Unknown at 2:40 PM 2 comments:
Email ThisBlogThis!Share to TwitterShare to FacebookShare to Pinterest
Older Posts Home
Subscribe to: Posts (Atom) 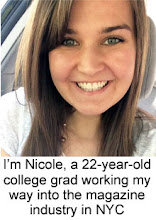 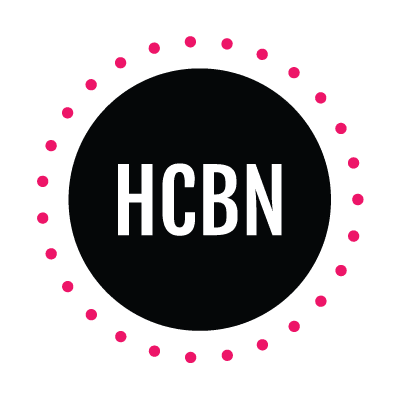 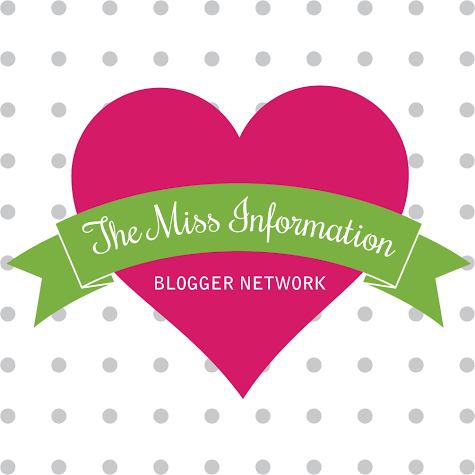